The German Cucumber Salad with dill is a great side dish for many dishes and occasions. Of course it goes well with fish dishes but is also great for the BBQ and combined with a Wiener Schnitzel. It is super easy to make and healthy. If you make enough of the dressing keep it in an empty jar for your next salad! This dressing contains only FOUR ingredients! Happy Cooking!

– Wash and peel cucumber, then slice it on a grater in very fine slices. 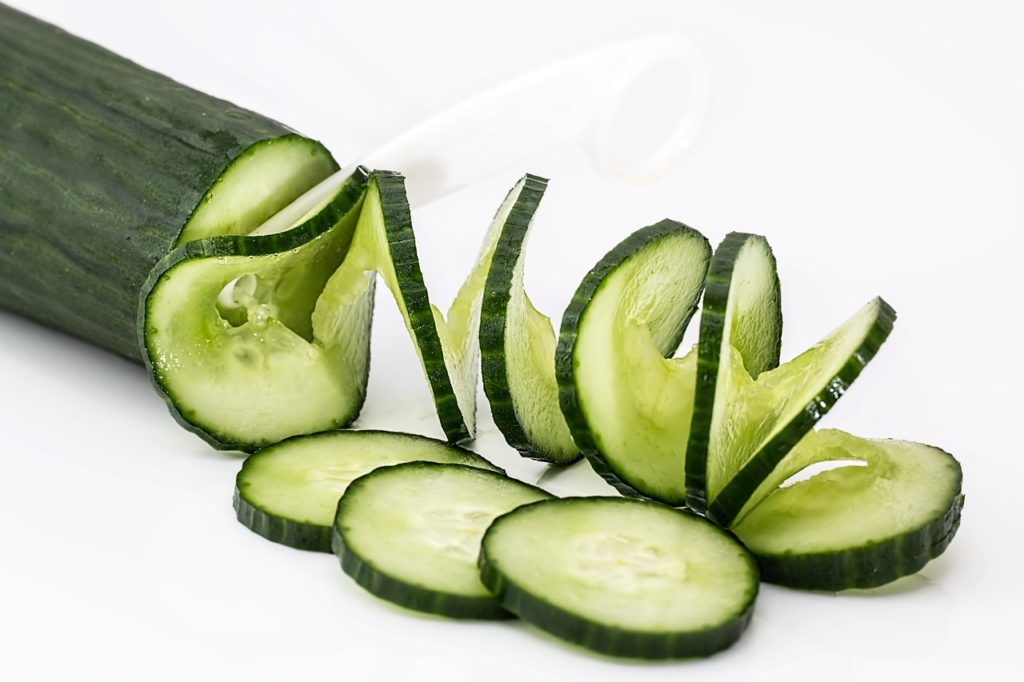 – Mix with sour cream and dill, then add salt and pepper to taste.
– Mix very well.
– Don’t serve right away, let it rest for at least 15 minutes.

It’s a perfect salad for grilled fish, Bratwurst or any meat dish.

And for Dessert a Piece of Cake – A Streusel Cake Maybe…

Just FYI — I was always told to salt the thinly sliced cucumber (and onion) – for at least an hour — to leech out much of the moisture. Then, you wring out the moisture & proceed with the sour cream/vinegar dressing. That’s the recipe from my grandmother who made it for her family from about 1925 – 1965. I think her style of cooking may have been “low” German/Pennsylvania Dutch. Thanks for posting so many great recipes! I’m trying to convert my Grandmother’s recipes to vegan…. If you have any good hints, let me know!